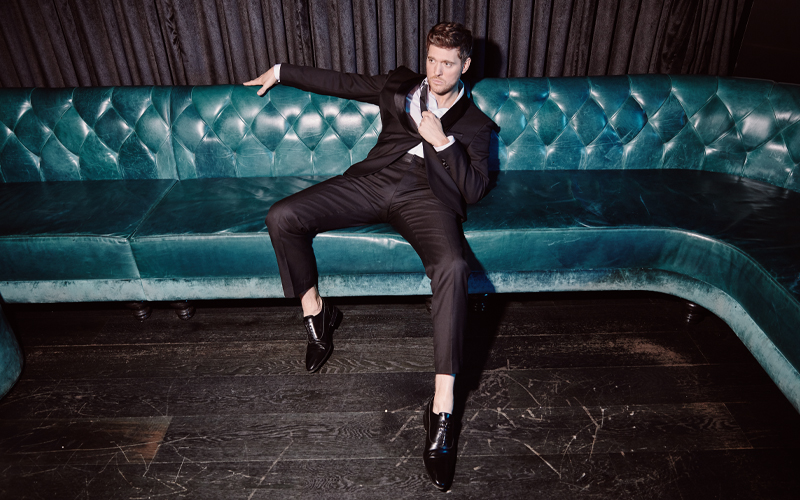 After his tour in 82 cities all venues sold out, the Canadian superstar and multi- Grammy winning came back to Argentina to present “An Evening With Michael Bublé”. On October 2020, Saturday 17th, in Movistar Arena, (Humbolt 486, CABA). This night will be unforgettable.

Michael Bublé has announced 6 new South American tour dates in 2020 following the phenomenal global success of his “An Evening With Michael Bublé Tour”. The new leg of dates begins in Santiago, Chile on October 12th with stops in Argentina on October 17th, and several stops in Brazil.  A full list of dates follows this release.

In Argentina, Michael Bublé will perform at Movistar Arena next October 17th.

An exclusive sponsor pre-sale for

will begin on Tuesday December 17th at 10 am and will be available to, Friday December 20th, 10am or until the stock of tickets available for this presale is sold out. General Sale starts on Friday, December 20th at 10.01am.

In other Bublé news, Warner Records/Reprise Records has announced the release of a brand-new rendition of “White Christmas.”  Bublé’s quintessential holiday album Christmas has been a No. 1 staple since its release and last year alone, Christmas accumulated over one billion streams.  It is by far the biggest holiday album of the decade.

Michael Bublé has sold over 60 million records worldwide over the course of his extraordinary career, has had numerous No. 1 singles, hosted seven NBC specials and won four Grammys and multiple Juno Awards as a performer and songwriter.  He is a multi-platinum artist and his most recent album, ❤️ (love), was No. 1 on the Billboard Top 200.

“AN EVENING WITH MICHAEL BUBLE”