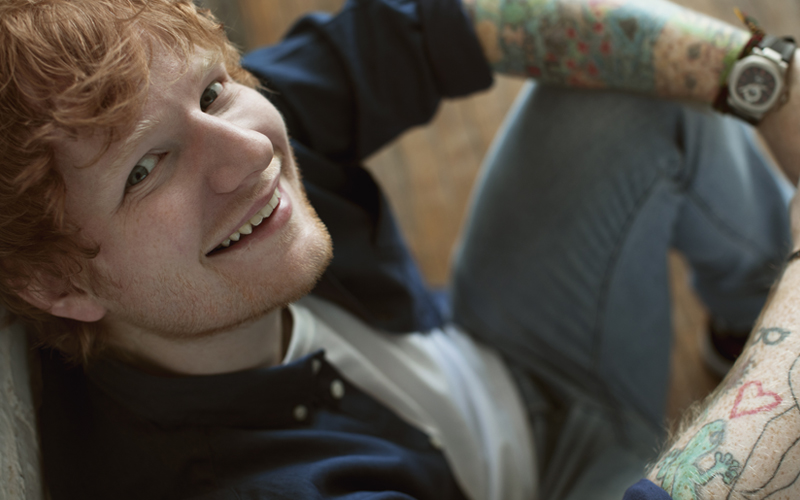 The #1 Artist in the World, Ed Sheeran, returns to Argentina to say good-bye to his Argentinian fans as he enters the final leg of his record shattering “Divide” Tour with a magnificent show.

The concert will be at Campo Argentino de Polo in Buenos Aires on February 23rd, 2019.

Official Tickets will be available from November 2nd at livepass.com.ar

By any applicable measure Ed Sheeran is the most successful artist in the world. His “Divide” tour has broken attendance records all over the world placing him as the #1 box office Artist in the music business.  In 2018 alone, the “Divide” tour has sold over 4,400,000 tickets and grossed over USD 384,000,000. His “Divide” album has sold over 15,000,000 copies worldwide making it the biggest selling record of 2017.

This stratospheric success has been achieved by an artist with just a guitar, a microphone and 50,000 friends – night after night.

As the “Divide” tour enters its’ final stretch in 2019 – tour began on March 16th, 2017 and is scheduled to end on August 26th, 2019 – Ed wanted to come back to Argentina to say a final good-bye to his Argentinian fans before the tour ends. Ed Sheeran visited Argentina for the first time in May 2017. With a sold out in his show at the Estadio Único de La Plata. On and this time Ed will bring, besides his guitars, his full stadium production – 16 semi-trucks.

This will be the last chance on this tour for the Argentinian audience to see this worldwide phenomenon.  The only concert in Argentina will be at the Campo Argentino de Polo in Buenos Aires on February 23rd, 2019.

Tickets will be available from November 2nd, 2018 exclusively through LIVEPASS.COM.AR.

A small amount presale tickets, just 25% of the total capacity of the venue for this show are available from November 2nd and go on sale at www.livepass.com.ar ahead of the general on sale. The tickets being made available for the presale are general admission and a few select reserved seats. This limited amount will guarantee fans will have access to all the top tickets also on the general on-sale. Tickets should be purchased only on official LIVEPASS sales channels.

The 27 years old British artist can be considered a record-breaking in the music industry worldwide. “Divide” is the biggest tour of 2018.

320 thousand people
in his shows at Wembley Stadium
+ 750 thousand tickets
sold only in Europe
+ 60 sold out shows
in minutes in the US
“Divide” tour
is the most lucrative tour in 2018
Reached the top of the Pollstar ranking
which was occupied by AC/DC since 2010
“Divide” was the 2017 greatest album according to Nielsen Music
Over 38 million sales in his career
“Shape of You” and ‘’Castle on the Hill’’ were the most played songs on Spotify in the first 24 hours
“Shape Of You” is the most played song on Spotify ever, and “Divide” the most played album at the streaming platform
“Shape Of You” debuted in first place at Billboard’s Hot 100 and stayed there for 12 weeks
“Shape Of You” remained in the top ten at Billboard’s Hot 100 for 33 consecutive weeks and had 54million streaming in Argentina.
“Perfect” topped the Billboard’s Hot 100 for six weeks
“Perfect” has over 1.4 billion views on Youtube
“Divide” has won Golden Record in Argentina.
“Thinking Out Loud” (which is not on “Divide” album), achieved 26.5 million, also in Argentina.
Over 15 billion views on Youtube.

ED SHEERAN IS ONE OF THE MOST TALENTED AND SOUGHT-AFTER SONGWRITERS OF ITS GENERATION.
Received the 2017 Hal David Starlight of Songwriters Hall of Fame
Composed to Taylor Swift, One Direction, The Weeknd, Major Lazer and Tori Kelley
Composer of the Year by Ivor Novello Awards
Composer of “Love Yourself”, written for Justin Bieber, which was nominated for “Song Of The Year” at the 2017 Grammy Awards

He also performed at major events, such as in the closing ceremony of the London Olympic Games alongside Pink Floyd and Genesis members, when they played a special version of “Wish You Were Here”, and in music awards such as the Grammy and BRIT Awards. In addition to this, Ed is recognized and endorsed by great music icons such as Elton John.